A retrospective exhibition of the work of Constancio Bernardo (1913-2003) marks the artist’s centennial at Ayala Museum, celebrating the artist’s life and work as well as revisiting a critical gap in the history of Philippine abstraction, heretofore unaddressed with either depth or breadth.
Comprising a total of around 100 works, the exhibition provides the first opportunity to view the full range of Bernardo’s œuvre from a career span of more than sixty years and highlights his canvases of abstraction, lauded by a number of critics from the 1950s onward as among the most important examples of Philippine modernist painting but increasingly overlooked as the decades passed.  While included in a number of group exhibitions and the subject of 22 solo exhibitions including retrospectives at U.P. Baguio in 1969, at the Museum of Philippine Art in 1978, and at the Cultural Center of the Philippines in 1990, Bernardo remains to be on the margins of the annals of Philippine art history.  Dedicated to his lifelong art practice and his teaching career at the University of the Philippines, Bernardo staunchly resisted the limelight, eschewing the social scene of the art world and opting to work tirelessly in his studio.
Within abstraction, his paintings ranged from geometric abstraction to Op art and abstract expressionism—each series structured with a formal mastery and infused with a depth of feeling singularly his. Obdurate in his self-effacing silence in his lifetime, his body of work preserved by the Museo Bernardo Foundation Inc., and Constancio Ma. A. Bernardo Foundation prove to be the clearest evidence of enduring artistic expression.
Bernardo’s yearlong fellowship was extended to four years so that he could complete both his BFA and MFA at Yale.  It was during his MFA studies that he proved to be a virtuoso at abstraction.  He absorbed the developments of abstract art at Yale with such intensity that Josef Albers, one of the most influential art teachers in the world and a luminary of geometric abstraction, declared him not a student but a peer.  The centennial exhibition features Bernardo’s seminal abstract work, Perpetual Motion, completed in 1952 for his Master’s thesis exhibition. An excellent illustration of achieving vibrant energy with an economy of means, the spare lines and bold colors anchor the flat painting in its most distilled form but simultaneously catapult it into an optical play of depth and volume.

Contrary to Albers’s auspicious projection that the Bernardo who had demonstrated mastery of the visual language of abstraction within such a short period of time would meet unprecedented success upon his return to the Philippines, Bernardo’s radical shift was shunned rather than embraced by Amorsolo and his colleagues at UP.  Bernardo’s manifest engagement with abstraction not only disappointed Amorsolo who had high hopes for his protégé in the field of figurative art; it also led to the archetypal interrogation of meaning in his paintings in which the human figure, still life objects, or landscape scenes are absent.  To this, Bernardo contended that abstraction allowed him to free himself from the constraints of representing only what is physically visible in the world and allowed him to give visual form to what only the mind could perceive.  Nevertheless, the teaching environment at UP became difficult enough that Bernardo reportedly returned to genre painting—pictorial representations of everyday scenes—and became a closet abstract artist at one point.  This meant that he never fully abandoned figuration while tenaciously persevering on the path of abstraction.  His exhibitions of abstract art tended to be misunderstood or dismissed despite being championed by some critics.  In 1978, Leonidas Benesa cited Bernardo as “the most underrated of the exponents of modern art in the Philippines” and as “second to none in this country” in the field of abstraction, “particularly of the geometric-planar, optical-painting variety.”


Refusing to be buffeted by the waves of public opinion, to be conditioned by the dictates of the art market, to solicit attention from collectors, to capitulate to pressures from the art world, or to pursue the trappings of fame, Bernardo chose to be steadfast in the discipline of his studio practice.  So quietly sustained was this commitment over the years that he was referred to by Eric Torres as “the invisible man of Philippine painting.” 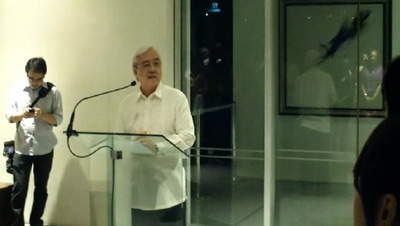 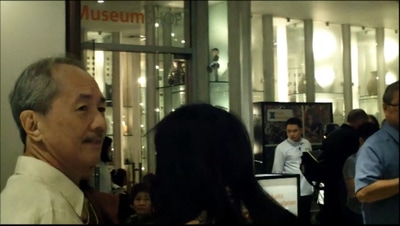 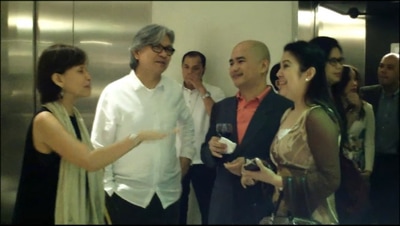 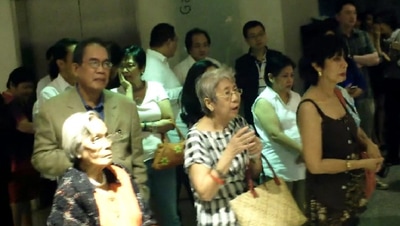 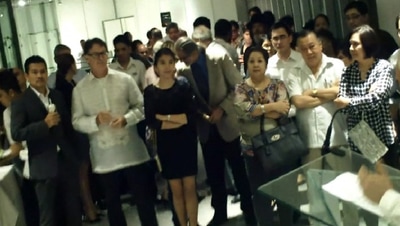 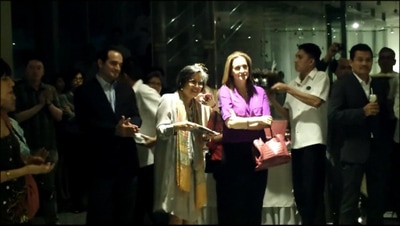 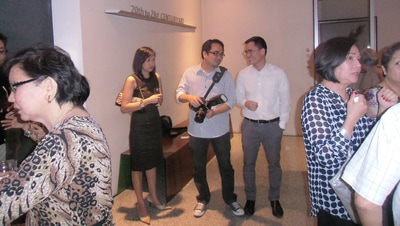 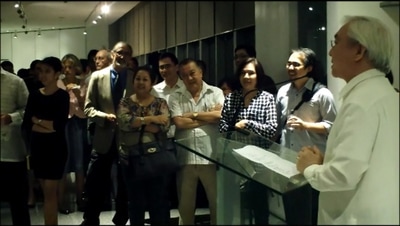 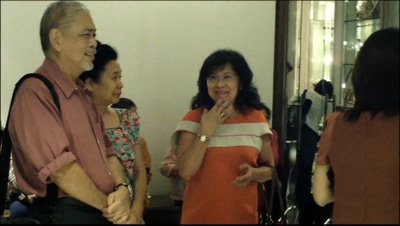 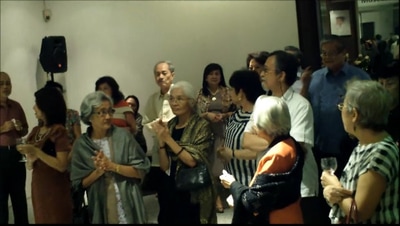 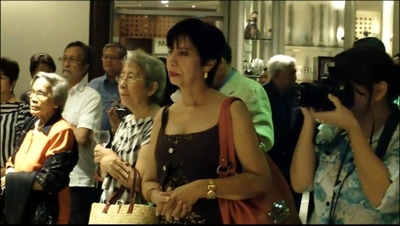 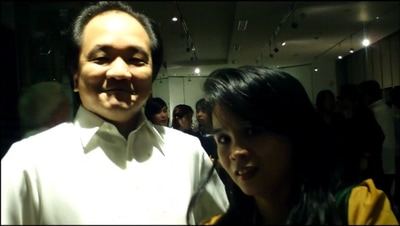 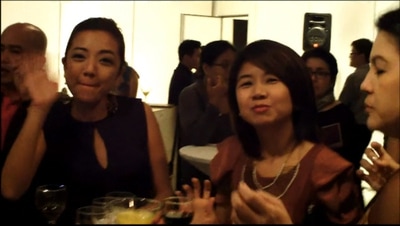 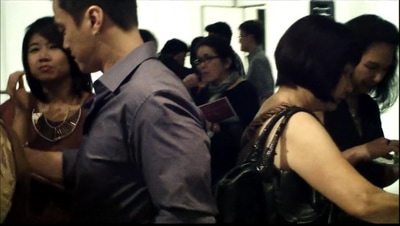 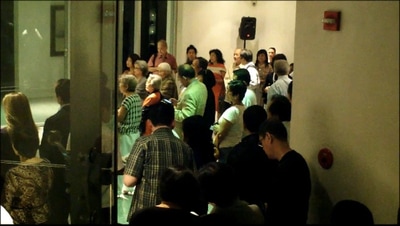 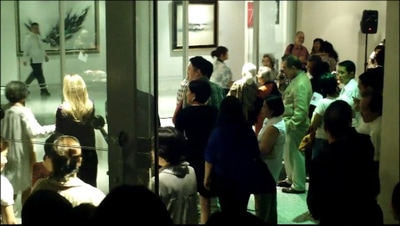 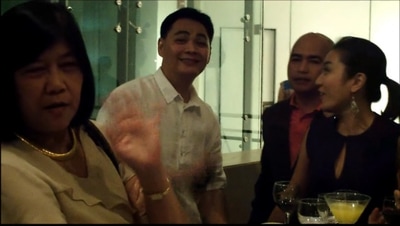 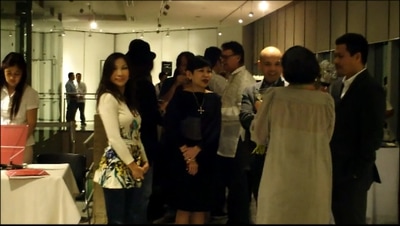 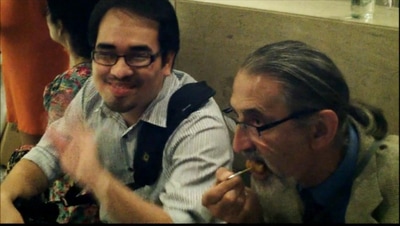 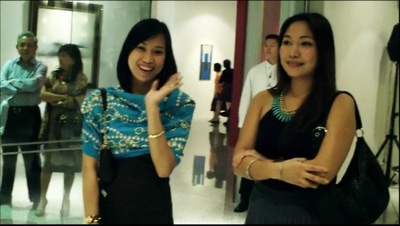 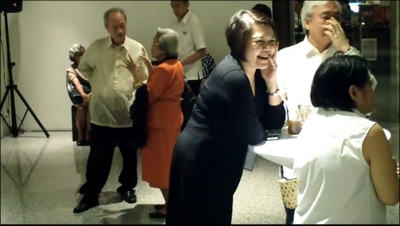 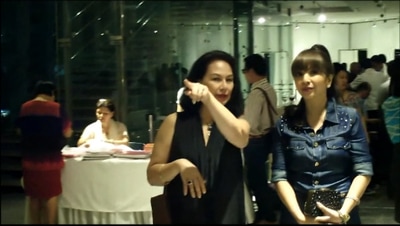 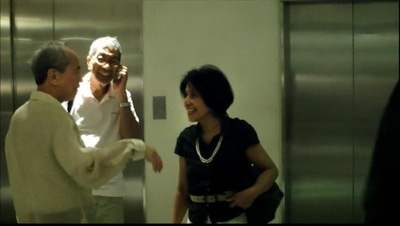 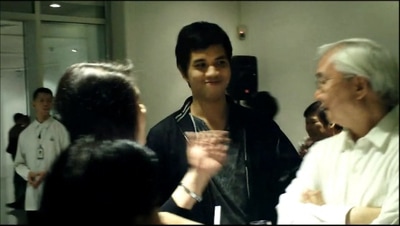 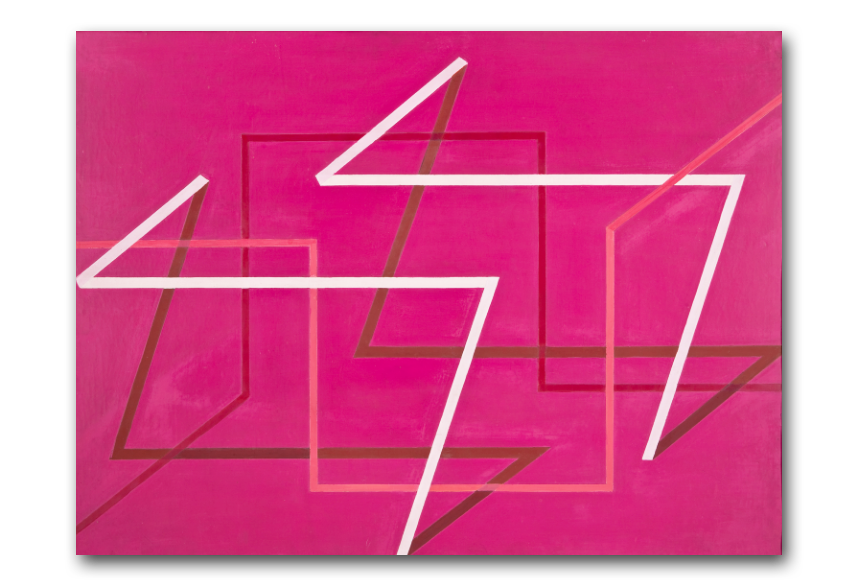 ​This exhibition showcases not only his astounding ease with shifting from one style to another but also the rigor and discipline exemplified by each body of work. The disadvantage of his limited commercial success in his lifetime is in its own way the advantage of having a body of work that’s almost intact to reconsider in the context of the larger history of Philippine art in general and Philippine abstraction in particular and provides an opportunity for the public to be introduced or reintroduced to the work of an important artist.  Forms of expression without an audience are mute.  But forms of expression preserved are gems within the realm of possibility. These paintings and drawings might have—like Bernardo himself in his life—remained quiet in his studio for years after his death but they are formidable imprints of a compelling artistic vision and a powerful creative voice.
The exhibition will be on view at Ayala Museum Third Floor Galleries until March 2, 2014.
​
​Refusing to be buffeted by the waves of public opinion, to be conditioned by the dictates of the art market, to solicit attention from collectors, to capitulate to pressures from the art world, or to pursue the trappings of fame, Bernardo chose to be steadfast in the discipline of his studio practice.  So quietly sustained was this commitment over the years that he was referred to by Eric Torres as “the invisible man of Philippine painting.”